• EDITING YOUR VIDEO TO (STOCK) MUSIC  • 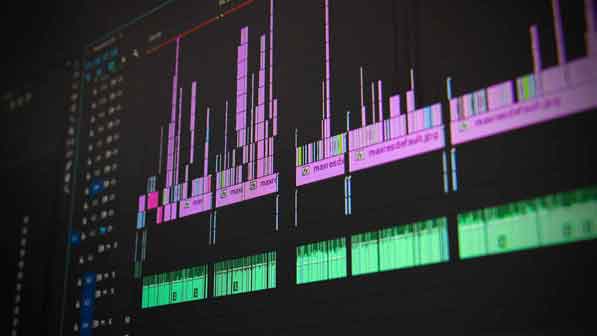 Sometimes it’s hard to wear two separate hats but it’s fun to say the least. By that I mean being a composer that writes and sells music and on the other side being a video editor at a creative agency. But it is a lot of fun! And doing both even gives me a leg up while working on either of the two types of products.

The composer hat
Composing music aimed at video productions is a lot different than composing a song ment for radio and Spotify playlists. When composing for video productions it is smart to keep a fictive end result in mind so that the editor can work with the track. This is how I work as a composer.

The video editor hat
But if you are a video editor it works different. First you spend hours and hours listening to a lot of different tracks by a bazillion composers from all over the world. Trying to find that one gem that fits the mood of the video you are trying to make. But when you have that one, you want the track to sort of lock in the cuts you make.

1. Edit on the beat. If you know how music works than it’s easy to count along. The first and second beat are always a nice place to fit two video clips together. If you do this really precise then it will be really snappy. It’s also possible to loosen up a bit for a more laid back and intentional sloppy look.

2. Edit off beat. Now we’re talkin’! By using intentional off beat cuts you can surprise the viewer by presenting a new clip and even work with that to change the story or present new elements.

3. Use risers to your advantage. You know that swoosh or sweep sound that precedes many tracks? Well, those are perfect tools to add some tension to your video.

4. Cutting up the audio track. Sometimes music just doesn’t fit. Well, count along and start cutting. Normally I use two audio lanes for this (in Adobe Premiere) so I can move and wiggle the two ends around so they match up again. Most stock music is written in blocks of 4 so that makes it a lot simpler to place cuts. And there is always the possibility to mask a less than ideal audio transition with some explosions. Duh.

This is a guest post by Rik from Stock-Creator.com.

Keep up to date

Tips to improve your audio quality
What is royalty free music?
What are package deals?
Editing your video to (stock) music

You have declined cookies. This decision can be reversed.